Working to end FGM/C: an update on civil society action in Kenya 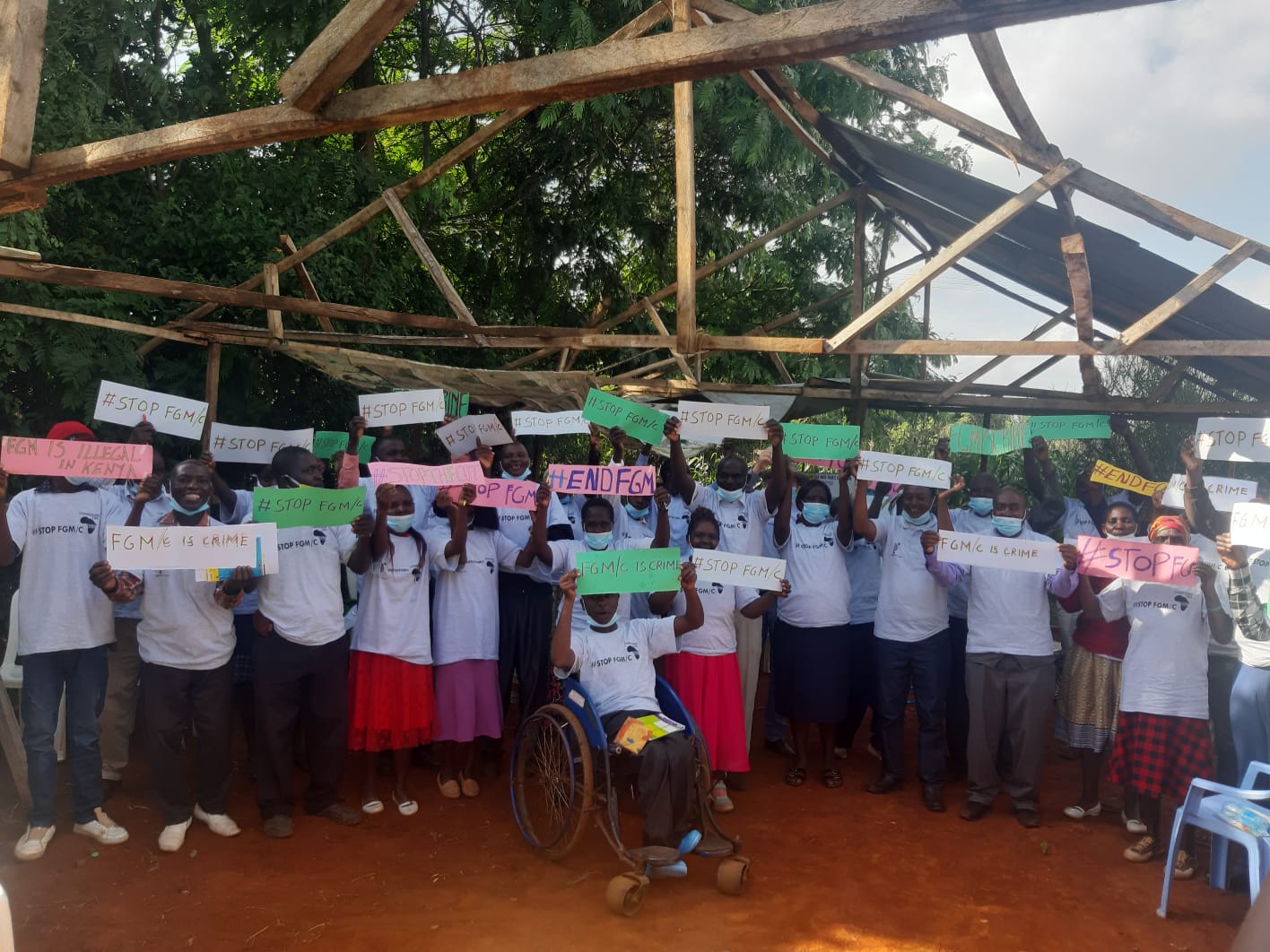 Coalition on Violence Against Women (COVAW), Compassion CBO and Kenya Council of Imams and Ulaama (KCIU) are former AmplifyChange grantees, now funded by the Dutch Ministry of Foreign Affairs under the project Supporting Civil Society Action and Movements to end FGM/C.

Compassion CBO held a community workshop near Embu, with more than 30 local leaders, including health workers, religious and community leaders. The group were discussing how to address FGM/C in their communities, how to bust prevalent myths and to make decisions and commitments towards action.

Evanson Njeru, program manager at Compassion CBO introduced the workshop. He explained that school closures due to Covid-19 had influenced the rates of FGM/C, allowing girls to be cut during a period of less monitoring. He also warned that there is evidence of FGM/C becoming more medicalised and even being offered as a service in health centres. Many girls have not returned to school since they reopened, having undergone FGM/C and/or child marriage.

A variety of speakers educated the group on changing social expectations, child protection and child abuse – explaining that even if someone is married or a parent, this does not make them an adult if they are under 18. Local teachers explained the four types of FGM/C and the physical and psychological complications that often result from a girl being cut.

“People say the clitoris should be removed to ensure women do not have the same sexual pleasure as men. But… God put it there for a reason! Women are meant to have sexual pleasure.”

After hearing from the speakers, the workshop was divided into four groups, to discuss what solutions and actions they could identify to help them and their communities end FGM/C. The solutions included preaching anti-FGM messages in church, counselling, the inclusion of anti-FGM education in the curriculum, educating parents, awareness raising and empowering women and girls to know their rights. 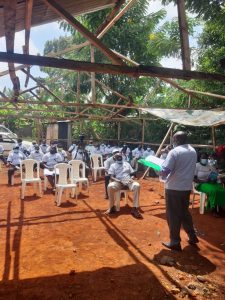 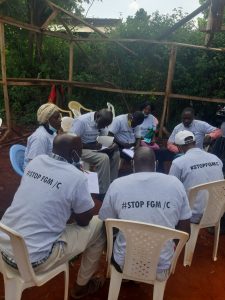 After the Compassion CBO workshop, Alethea visited two meetings held by the Kenya Council of Imams and Ulaama (KCIU) – one in Naivasha mosque and another in Narok, both with end-FGM Imams in attendance.

The engagement of men in end-FGM/C advocacy is essential. Men predominantly hold most of the power within communities and, as said in the KCIU meeting in Naivasha, “men are the consumers of this product” (of FGM/C), so if men say no to FGM/C then women will support that decision. An Imam from Naivasha mosque stressed that it is a shared responsibility to keep girls in schools and ensure women’s rights are upheld.

The perceived link between religious beliefs and the practice of FGM/C were highlighted during the meeting. In Islam there is often a misunderstanding that FGM/C is a religious requirement and so the engagement of members of the mosque to break this link of FGM/C from Islam is extremely important.

Schools are another essential aspect of anti-FGM/C advocacy: they provide a place to monitor a girls’ welfare. The school closures during Covid-19 have had an impact on FGM/C prevalence. A 14-year old ‘champion’ gave a testimony during the Narok meeting. She said that most of her peers in school are Somali (a community with a higher FGM/C prevalence of 97%) and during Covid-19, most of them had been cut. They have now returned to school but are still not healed and are too scared to go to hospital, for fear of getting their parents in trouble. Furthermore, unhygienic practices and using the same knife on multiple girls is spreading HIV.

Education and conversation are helping girls to understand more about the practice: she said the students are starting to talk to one another more in school, discussing the issue of FGM/C and understanding that it is not an Islamic teaching.

The Compassion CBO workshop and KCIU meetings both closed with discussions on the sustainability of the Supporting Civil Society Action and Movements to end FGM/C project; what should happen after the grant finishes and the momentum that it has already made. 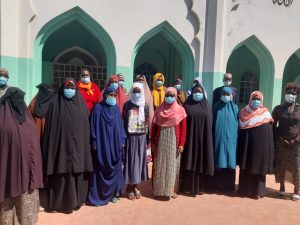 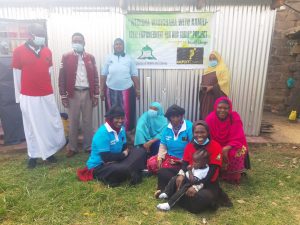 In February, Alethea attended sessions held by Coalition on Violence Against Women (COVAW) in Kilgoris and the Takitech community in the Trans-mara region of Western Kenya.

The community activist training meeting in Kilgoris was the first of its type held by COVAW. A group of religious leaders, community health volunteers and village elders from separate communities in the local area attended to discuss mobilisation and their experiences.

When asked by COVAW what changes could be linked to the dialogue sessions in the communities, the activists agreed that the fact that the communities are willing to come and take part in conversations is very positive. The activists said that conversation around FGM/C is improving, with community members continuing to sensitise between themselves and as a result, attendance at meetings is slowly improving.

Chiefs are now participating in the dialogue sessions, and the church is now seen as an important influence and a place to host anti-FGM/C conversations. Many communities had previously not been aware of the laws against FGM/C, and the sessions have helped the laws to be taken more seriously.

The session held in Takitech opened with a skit which has been prepared by the community to present the wider impacts of FGM/C. It displayed the dynamics of a father trying to persuade his wife to allow their daughter to be cut and the amount of money he is willing to pay the cutter.

After the skit members of the community were asked to comment and describe what they had seen. There were observations on the role of corruption and the willingness of fathers to pay for their daughters to be cut, despite not budgeting for their school fees or other costs. Another aspect noted was the social pressures on the girls themselves, which can lead to them wanting to be cut.

The ‘non-health costs of FGM’ were discussed, focusing on the impact of FGM/C on the family and broader community, such as financial costs for parents due to the cutting itself or subsequent hospital fees. The community addressed the legal implications too: what happens if someone is reported? The chief himself can be held responsible if cutting occurs in his community, especially if it is thought he could have known about it or stopped it so the whole community can be negatively affected by one girl being cut. 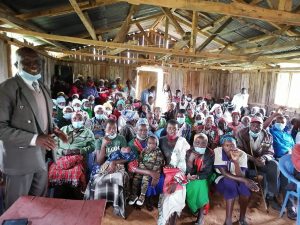 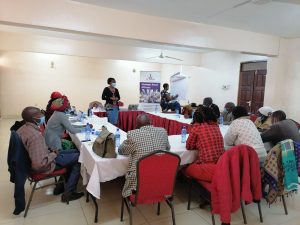 Consistent education and conversation, and involvement of all aspects of a community were the crucial aspects underpinning the work and progress of COVAW, Compassion CBO and KCIU. By addressing myths and religious beliefs and empowering people with knowledge, social norm change can be achieved when you engage all elements of a community to work together.